English US » Catalan   asking for something 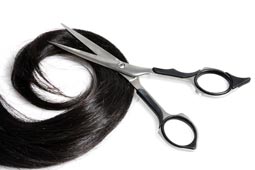 Learning and reading belong together. Of course, this is especially true when learning foreign languages. He who wants to learn a new language well must read many texts. When reading literature in a foreign language, we process entire sentences. Our brain learns vocabulary and grammar in context. This helps it to save the new content easily. Our memory has a harder time remembering individual words. By reading, we learn which meaning words can have. As a result, we develop a sense for the new language. Naturally, the foreign-language literature must not be too difficult. Modern short stories or crime novels are often entertaining. Daily newspapers have the advantage that they are always current. Children's books or comics are also suitable for learning.

The pictures facilitate the understanding of the new language. Regardless of which literature you select – it should be entertaining! That means, a lot should happen in the story so that the language is varied. If you don't find anything, special textbooks can also be used. There are many books with simple texts for beginners. It's important to always use a dictionary when reading. Whenever you don't understand a word, you should look it up. Our brain is activated by reading and learns new things quickly. For all words that one does not understand, one compiles a file. This way those words can be reviewed often. It also helps to highlight unfamiliar words in the text. Then, you'll recognize them right away the next time. You will progress much quicker if you read a foreign language daily. For our brain learns quickly to imitate the new language. It can happen that you even think in the foreign language eventually…
Guess the language!
_______ is counted among the Romance languages. That means that it developed out of Latin. _______ is the native language of about 70 million people. The majority of those live in ******y. _______ is also understood in Slovenia and Croatia. The language traveled as far away as Africa through colonial politics. Even today, _______ is understood in Libya, Somalia, and Eritrea by many older people.

Numerous emigrants also took the language with them to their new homeland. Most notably there are many _______-language communities in South America. Often _______ has mixed in with Spanish in those areas and created new languages. The unusual thing about _______ is its many different dialects. Some experts even speak of individual languages. The orthography of _______ is not difficult; it follows the pronunciation. For many, _______ is the most beautiful language in the world! Perhaps because it is the language of music, design and good cuisine?