English US » Catalan   Past tense 2 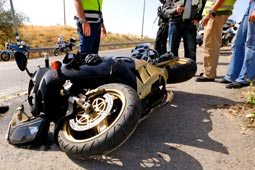 A group of test subjects had to learn a fictional language. Part of the test subjects went to regular lessons. The other part learned in a simulated overseas situation. These test subjects had to orient themselves in the foreign setting. Everyone with whom they had contact spoke the new language. The test subjects of this group were therefore not typical language students. They belonged to an unfamiliar community of speakers. This way they were forced to get help quickly with the new language. After a while the test subjects were tested. Both groups demonstrated an equally good knowledge of the new language. But their brains processed the foreign language differently! Those that learned "overseas showed striking brain activities." Their brain processed the foreign grammar like their own language. The same mechanisms were identified in native speakers. A language holiday is the nicest and most effective form of learning!
Guess the language!
_______ is counted among the Indo-Iranian languages. It is spoken in western and central India. _______ is the native language of more than 70 million people. For this reason it is counted among the 20 most-spoken languages in the world. _______ is written with the same script that is used for Hindi. In this alphabet, each symbol represents exactly one sound. There are 12 vowels and 36 consonants.