English US » Finnish   Fruits and food 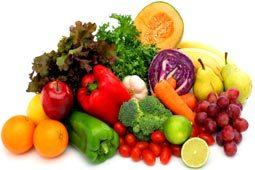