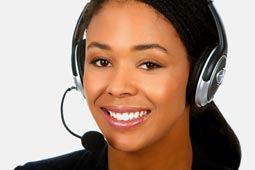 People that cannot see hear better. As a result, they can move through everyday life easier. But blind people can also process speech better! Numerous scientific studies have come to this conclusion. Researchers had test subjects listen to recordings. The speed of speech was then considerably increased. Despite this, the blind test subjects could understand the recordings. The test subjects who could see, on the other hand, could hardly understand. The rate of speaking was too high for them. Another experiment came to similar results. Seeing and blind test subjects listened to various sentences. Part of each sentence was manipulated. The last word was replaced with a nonsense word.

The test subjects had to assess the sentences. They had to decide if the sentences were sensible or nonsense. While they were working through the sentences, their brains were analyzed. Researchers measured certain brain waves. By doing so, they could see how quickly the brain solved the task. In the blind test subjects, a certain signal appeared very quickly. This signal indicates that a sentence has been analyzed. In the seeing test subjects, this signal appeared much later. Why blind people process speech more efficiently is not yet known. But scientists have a theory. They believe that their brain uses a particular brain region intensively. It is the region with which seeing people process visual stimuli. This region isn't used for seeing in blind people. So it is "available for other tasks." For this reason, the blind have a greater capacity to process speech…
Guess the language!
British _______ is the form of _______ that is spoken in Great Britain. It is counted among the West Germanic languages. It is the native language of approximately 60 million people. It deviates from American _______ in a few areas. _______ is thus considered a pluricentric language. That means that it is a language that has multiple standard forms. Differences can relate to pronunciation, vocabulary, and orthography, for example.

British _______ is divided into many dialects that in some cases are very different. For a long time dialect speakers were considered uneducated and could not find good jobs. Today it is different, even though dialects still play a role in Great Britain. British _______ has also been strongly influenced by French. This dates back to the Norman Conquest in 1066. In turn, Great Britain took its language to other continents during the colonial times. In this way, _______ became one of the most important languages of the world in the last few centuries. Learn _______, but the original please!