English US » Latvian   At the train station 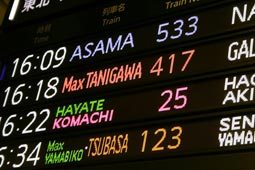