English US » Norwegian   In nature 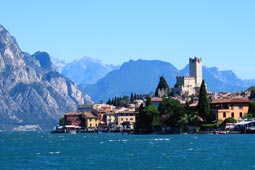 They are an important stylistic device in rhetoric and literature. What makes them special is that they always remain topical. In linguistics there is a discipline, which is devoted just to them. Many sayings exist in multiple languages. Thus they can be lexically identical. In this case, speakers of different languages use the same words. Bellende Hunde beißen nicht, Perro que ladra no muerde. (DE-ES) Other sayings are semantically similar. Meaning the same idea is expressed using different words. Appeler un chat un chat, Dire pane al pane e vino al vino. (FR-IT) So sayings help us understand other people and cultures. Most interesting are the sayings that are found worldwide. Those are about the "major topics of human life." These sayings deal with universal experiences. They show that we're all alike – no matter what language we speak!
Guess the language!
_______ is a member of the eastern group of the Baltic languages. It is spoken by more than 2 million people. _______ is most closely related to Lithuanian. Nevertheless the two languages are not very similar to each other. Thus it can happen that a Lithuanian and a _______ converse in Russian. The structure of the _______ language is also less archaic than that of Lithuanian. However, many ancient elements can still be found in traditional songs and poems.