English US » Romanian   At the restaurant 2 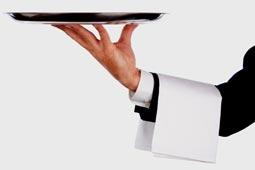