English US » Swedish   In the hotel – Arrival 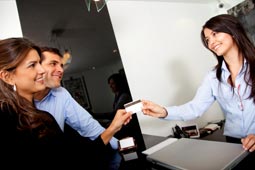