English US » Swedish   Asking for directions 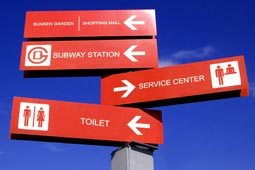