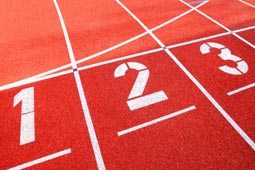 The native language is always the most important language

Our native language is the first language we learn. This happens automatically, so we don't notice it. Most people only have one native language. All other languages are studied as foreign languages. Of course there are also people who grow up with multiple languages. However, they typically speak these languages with differing levels of fluency. Often, the languages are also used differently. One language is used at work, for example. The other is used at home. How well we speak a language is dependent on multiple factors. When we learn it as small children, we typically learn it very well. Our speech center works most effectively in these years of life. How often we speak a language is also important.

The more often we use it, the better we speak it. But researchers believe a person can never speak two languages equally well. One language is always the more important language. Experiments seem to confirm this hypothesis. Various people were tested in one study. Half of the test subjects spoke two languages fluently. Chinese was the native language and English the second. The other half of the subjects only spoke English as their native language. The test subjects had to solve simple tasks in English. While doing so, the activity of their brains was measured. And differences appeared in the brains of the test subjects! In the multilingual individuals, one region of the brain was especially active. The monolingual individuals, on the other hand, showed no activity in this region. Both groups solved the tasks equally fast and well. Despite this, the Chinese still translated everything into their native language…
Guess the language!
_______ is the native language of approximately 5 million people. It is a member of the North Germanic family of languages. That means that it is related to Swedish and Norwegian. The vocabulary of these three languages is almost identical. If a person speaks one of these languages, he can also understand the other two. Therefore, there is some doubt that the Scandinavian languages are different languages. They could just be regional forms of a single language.

_______ itself is divided into many different dialects. However, these are increasingly supplanted by the standard language. In spite of this, new dialects emerge, particularly in the urban areas of Denmark. They are called social dialects. With social dialects, the pronunciation of words reveals the age and social status of the speaker. This phenomenon is typical for the _______ language. It is much less distinct in other languages. This makes _______ a particularly exciting language.