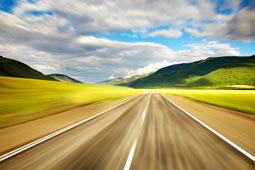 With self-talks they are helping themselves be more methodical. Self-talks can also help us make decisions. And they are a very good way to relieve stress. Self-talks promote concentration and make you more productive. Because saying something aloud takes longer than just thinking about it. We are more aware of our thoughts when speaking. We tackle difficult tests better when we talk to ourselves in the process. Various experiments have shown this. We can also give ourselves courage through self-talks. Many athletes hold self-talks to motivate themselves. Unfortunately, we typically talk to ourselves in negative situations. Therefore, we should always try to be positive. And we often have to review what we wish for. In this way we can positively influence our actions through speaking. But unfortunately, that only works when we stay realistic!
Guess the language!
Romanian is counted among the Eastern Romance languages. It is the native language of about 30 million people. These people live primarily in Romania and Moldova. Romanian is also the official language of the Republic of Moldova. There are also sizeable Romanian-speaking communities in Serbia and Ukraine, however. Romanian originated from Latin. The Romans formerly maintained two provinces in the region surrounding the Danube.

Romanian is most closely related to Italian. Therefore, Romanians can understand Italians very well for the most part. The opposite is not always the case. This is due to the fact that Romanian contains many Slavic words. The phonology was influenced by the neighbouring Slavic linguistic area. As a result, the Romanian alphabet has a few special symbols. Romanian is written like it is spoken. And it still exhibits many similarities with the structure of ancient Latin … That is precisely what makes the discovery of this language so exciting!