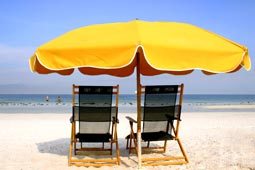 If something is only filmed, we can look at the images. But the message of the film isn't concrete. If an image is meant to function as speech, it must be concrete. The less it shows, the clearer its message. Pictograms are a good example of this. Pictograms are simple and clear pictorial symbols. They replace verbal language, and as such are a form of visual communication. Everyone knows the pictogram for "no smoking" for example. It shows a cigarette with a line through it. Images are becoming even more important due to globalization. But you also have to study the language of images. It is not understandable worldwide, even though many think so. Because our culture influences our understanding of images. What we see is dependent on many different factors. So some people don't see cigarettes, but only dark lines.
Guess the language!
_______ is one of the nearly 40 ****** languages. It is most closely related to the Azerbaijani language. It is the native or second language of more than 80 million people. These people live primarily in ******ey and in the Balkans. Emigrants also took _______ to Europe, America and Australia. _______ has also been influenced by other languages. The vocabulary contains words from Arabic and French.