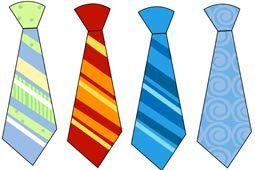 People who speak two languages hear better. They can distinguish between different sounds more accurately. An American study has come to this conclusion. Researchers tested several teenagers. Part of the test subjects grew up bilingual. These teenagers spoke English and Spanish. The other part of the subjects only spoke English. The young people had to listen to a particular syllable. It was the syllable "da". It didn't belong to either of the languages. The syllable was played for the test subjects using headphones. At the same time, their brain activity was measured with electrodes. After this test the teenagers had to listen to the syllable again.

This time, however, they could hear many disruptive sounds as well. There were various voices saying meaningless sentences. The bilingual individuals reacted very strongly to the syllable. Their brain showed a lot of activity. They could identify the syllable exactly, with and without the disruptive sounds. The monolingual individuals were not successful. Their hearing was not as good as the bilingual test subjects. The result of the experiment surprised researchers. Until then it was only known that musicians have an especially good ear. But it appears that bilingualism also trains the ear. People that are bilingual are constantly confronted with different sounds. Therefore, their brain must develop new abilities. It learns how to distinguish different linguistic stimuli. Researchers are now testing how language skills affect the brain. Maybe hearing can still benefit when a person learns languages later in life…
Guess the language!
_______ is counted among the Indo-Iranian languages. It is spoken natively by 130 million people. The majority of those people live in Pakistan. However, it is also spoken in the Indian state of ******. _______ is hardly ever used as a written language in Pakistan. It is different in India because there the language holds an official status. _______ is written in its own script.

It also has a very long literary tradition. Texts have been found that are almost 1000 years old. _______ is also very interesting from a phonological point of view. This is because it is a tonal language. In tonal languages, the pitch of the accented syllable changes their meaning. In _______, the accented syllable can take on three different pitches. That is very unusual for Indo-European languages. That makes _______ that much more appealing!