English UK » Spanish   to be allowed to 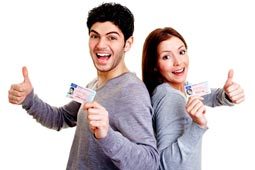 How the brain learns new words

When we learn new vocabulary, our brain stores new content. Learning only works with constant repetition. How well our brain stores words is dependent on multiple factors. But the most important thing is that we review vocabulary on a regular basis. Only words that we use or write often get stored. It could be said that these words are archived like images. This principle of learning is also true in apes. Apes can learn to "read" words, if they see them often enough. Although they don't understand the words, they recognize them by their form. In order to speak a language fluently, we need many words. For that, the vocabulary must be well organized. Because our memory functions like an archive. In order to find a word quickly, it must know where to search.

Therefore it's better to learn words in a particular context. Then our brain will always be able to open the correct "file". But even that which we have learned well can be forgotten. In this case, the knowledge moves from the active into the passive memory. By forgetting, we free ourselves of knowledge we don't need. This is how our brain makes room for new and more important things. Therefore, it is important that we activate our knowledge on a regular basis. But that which is in the passive memory isn't lost forever. When we see a forgotten word, we remember it again. We learn that which we've learned before more quickly the second time. He who wants to expand his vocabulary must also expand his hobbies. Because each of us has certain interests. Therefore, we typically busy ourselves with the same things. But a language consists of many different semantic fields. A person interested in politics should also read sports papers sometime!
Guess the language!
_______ is spoken by more than 160 million people. It is the native language of only 30 million, however. This is due to the fact that almost 500 different ethnic groups live in ******. They speak 250 different languages that branch out into many dialects. Such a linguistic variety can naturally lead to problems. Today's _______ has thus been implemented as the standardized national language. It is taught in every school in addition to the native language.