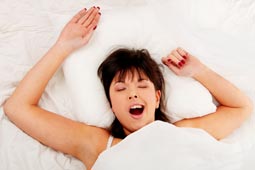 It is understood by almost all Chinese-speaking people, however. For this reason, speakers of different dialects use it for communication. All Chinese people use a common written form. The Chinese written form is 4,000 to 5,000 years old. With that, Chinese has the longest literary tradition. Other Asian cultures have borrowed the Chinese written form as well. Chinese characters are more difficult than alphabetic systems. Spoken Chinese, however, is not as complicated. The grammar can be learned relatively easily. Therefore, learners can make good progress pretty quickly. And more and more people want to learn Chinese! As a foreign language, it is becoming increasingly meaningful. By now, Chinese languages are offered everywhere. Have the courage to learn it yourself! Chinese will be the language of the future…
Guess the language!
_______ is counted among the Romance languages. It is closely related to Spanish and Catalan. It evolved from the Vulgar Latin of the Roman soldiers. European _______ is the native language of approximately 10 million people. It is also an important world language. This is due to ******al's colonial power in the past. The maritime nation took its language to other continents in the 15th and 16th century.