English UK » Estonian   At the cinema 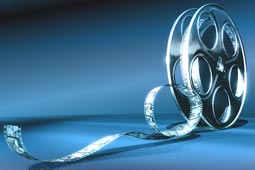 Music is a worldwide phenomenon. All peoples of the Earth make music. And music is understood in all cultures. A scientific study proved this. In it, western music was played to an isolated tribe of people. This African tribe had no access to the modern world. Nevertheless, they recognized when they heard cheerful or sad songs. Why this is so has not yet been researched. But music appears to be a language without boundaries. And we have all somehow learned how to interpret it correctly. However, music has no evolutionary advantage. That we can understand it anyway is associated with our language. Because music and language belong together.

They are processed alike in the brain. They also function similarly. Both combine tones and sounds according to specific rules. Even babies understand music, they learned that in the womb. There they hear the melody of their mother's language. Then when they come into the world they can understand music. It could be said that music imitates the melody of languages. Emotion is also expressed through speed in both language and music. So using our linguistic knowledge, we understand emotions in music. Conversely, musical people often learn languages easier. Many musicians memorize languages like melodies. In doing so, they can remember languages better. Something interesting is that lullabies around the world sound very similar. This proves how international the language of music is. And it is also perhaps the most beautiful of all languages…
Guess the language!
_______ is the native language of approximately 75 million people. It is counted among the Dravidian languages. _______ is primarily spoken in southeastern India. It is the third most-spoken language in India after Hindi and Bengali. Earlier, written and spoken _______ were very different. It could almost be said that they were two different languages. Then the written language was modernized so that it can be used everywhere.