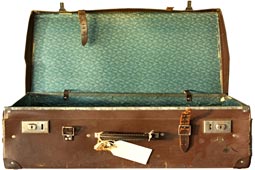 The future of languages

More than 1.3 billion people speak Chinese. This makes Chinese the most spoken language worldwide. It will remain the case for the many years to come. The future of many other languages does not look as positive. Because many local languages will die out. Around 6,000 different languages are presently spoken. But experts estimate that the majority of them are threatened by extinction. About 90% of all languages will vanish. Most of them will die out in this century alone. This means that a language will be lost every day. The meaning of individual languages will also change in the future. English is still in second place. But the number of native speakers of languages is not remaining constant.

The demographical development is responsible for this. In a few decades, other languages will be dominant. Hindi/Urdu and Arabic will soon be in 2nd and 3rd place. English will take 4th place. German will completely disappear out of the Top Ten. In turn, Malay will belong to the most important languages. While many languages die out, new ones will emerge. They will be hybrid languages. These linguistic hybrids will be spoken in cities more than anywhere else. Completely new variants of languages will also develop. So in the future there will be various forms of the English language. The number of bilingual people will increase considerably worldwide. How we will speak in the future is unclear. But even in 100 years there will still be different languages. So learning won't end so quickly…
Guess the language!
_______ is the native language of about 12 million people. It is counted among the West Slavic languages. _______ and Slovakian are very similar to each other. This is due to the common history of both countries. Still, the languages are different from each other in a few ways. Younger _______s and Slovaks sometimes have difficulty understanding each other. There are also speakers, however, who use a hybrid language.

Spoken _______ is very different from the written form. It could be said that standard or high _______ only exists in the written form. It is only spoken at official occasions or in the media. This strict separation is an important hallmark of the _______ language. _______ grammar is not simple. For example, there are seven cases and four genders. Regardless, learning it is a lot of fun. You will discover so many new things in the process.