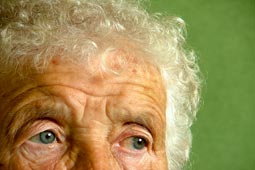 It has long been a dream of man to be able to read minds. Everyone would like to know what another is thinking at a given time. This dream has still not come true. Even with modern technology, we can't read minds. What others think remains a secret. But we can recognize what others hear! This has been proven by a scientific experiment. Researchers succeeded in reconstructing heard words. For this purpose, they analyzed the brain waves of test subjects. When we hear something, our brain becomes active. It has to process the heard language. A certain activity pattern emerges in the process. This pattern can be recorded with electrodes.

And this recording can be processed further too! It can be converted into a sound pattern with a computer. The heard word can be identified this way. This principle works with all words. Every word that we hear produces a particular signal. This signal is always connected with the sound of the word. So it "only" needs to be translated into an acoustic signal. For if you know the sound pattern, you'll know the word. The test subjects heard real words and fake words in the experiment. Thus, part of the words did not exist. Despite this, these words could be reconstructed too. The recognized words can be expressed by a computer. It is also possible to have them just appear on a monitor. Now, researchers hope they will soon understand language signals better. So the dream of mind reading continues...
Guess the language!
_______ is spoken by approximately 75 million people. These people mainly live in North and South ******. However, there are also _______ minorities in China and Japan. It is still debated as to which language family _______ belongs. The fact that ****** is divided is also noticeable in the language of the two countries. South ******, for example, adopts many words from English. North _______s often do not understand these words.