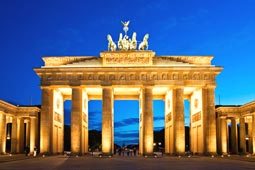 The Arabian language is one of the most important languages worldwide. More than 300 million people speak Arabic. They live in more than 20 different countries. Arabian belongs to the Afro-asiatic languages. The Arabic language came into being thousands of years ago. The language was first spoken on the Arabic peninsula. From there it has since spread further. Spoken Arabic differs greatly from the standard language. There are also many different Arabic dialects. One could say that it's spoken differently in every region. Speakers of different dialects often don't understand each other at all. Films from Arabic countries are usually dubbed as a result. Only this way can they be understood in the entire language area.

Classical standard Arabic is hardly spoken anymore today. It is only found in its written form. Books and newspapers use the classical Arabic standard language. Today there is no single Arabic technical language. Therefore, technical terms usually come from other languages. English and French are more dominant in this area than any other language. The interest in Arabic has increased considerably in recent years. More and more people want to learn Arabic. Courses are offered at every university and in many schools. Many people find Arabic writing particularly fascinating. It's written from right to left. Arabic pronunciation and grammar aren't that easy. There are many sounds and rules that are unknown to other languages. When studying, a person should follow a certain order. First the pronunciation, then the grammar, then the writing…
Guess the language!
_______ is a member of the Tai-Kadai language family. It is the native language of 20 million people. In contrast to most western languages, _______ is a tonal language. In tonal languages, the pronunciation of syllables changes their meaning. Most _______ words consist of only one syllable. A word takes on a different meaning depending on the pitch in which a syllable is spoken. Altogether _______ distinguishes between five pitches.

_______ society was strictly divided over many centuries. As a result, _______ still recognizes at least five different levels of speech today. These range from a simple vernacular to a very polite form of speech. Furthermore, _______ is divided into many local dialects. The language's semiotic system is a hybrid of an alphabet and syllabic writing. The grammar construction is not very complex. Because _______ is an isolating language, there are no declensions or conjugations. Learn _______ - it is really a fascinating language!