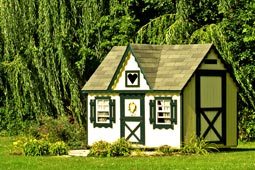 As a result, the English vocabulary has increased considerably. But even today the English vocabulary continues to get larger. Experts estimate that 15 new words are added every day. These originate from new media more than anywhere else. Scientific terminology is not counted here. For chemical terminology alone contains thousands of words. Longer words are used less than shorter words in almost every language. And most speakers only use a few words. That is why we decide between active and passive vocabulary. Passive vocabulary contains words that we understand. But we use them seldom or not at all. Active vocabulary contains the words that we use on a regular basis. A few words suffice for simple conversations or texts. In English, you only need around 400 words and 40 verbs for that. So don't worry if your vocabulary is limited!
Guess the language!
Hebrew is in the Afro-Asiatic language family. It is closely related to Arabic and Aramaic. Hebrew is the native language of 5 million people. Modern Hebrew is an artificially created language. It is based on long-extinct ancient Hebrew. The vocabulary and grammar were borrowed in part from other languages. In this way ancient Hebrew was deliberately converted into a modern standard language.

This planned linguistic change is unique worldwide. The Hebrew semiotic system consists of a consonantal alphabet. That means that vowels are not written, as a rule. They do not have their own letters. Hebrew text is read from right to left. Its symbols go back to a 3000 year-old tradition. Whoever learns Hebrew learns a piece of cultural history at the same time. Give it a try!