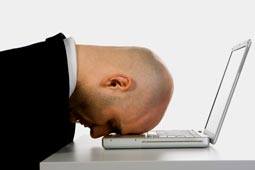 This language came into being in the colonial period. At that time people from different continents met each other. They came from Africa, Europe and Asia. A new language developed out of these contact situations. Afrikaans exhibits influences from many languages. It is most closely related to Dutch, however. Today Afrikaans is spoken in South Africa and Namibia more than anywhere else. The most unusual African language is the drum language. Every message can be theoretically sent with drums. The languages that are communicated with drums are tonal languages. The meaning of words or syllables depends on the pitch of the tones. That means that the tones have to be imitated by the drums. The drum language is even understood by children in Africa. And it is very efficient… The drum language can be heard for up to 12 kilometers!
Guess the language!
_______ is a North Germanic language. It is the native language of approximately 5 million people. The exceptional thing about _______ is that it consists of two standard forms: Bokmål and Nynorsk. That is to say, there are two recognized _______ languages. They are both used equally in administration, schools, and media. For a long time a standard language could not be established due to the country's size.

So the dialects remained and developed independent from one another. However, every _______ understands all local dialects as well as both official languages. There are no solid rules for _______ pronunciation. This is because both standard forms are predominantly written. Typically a local dialect is spoken. _______ is very similar to Danish and Swedish. Speakers of these languages can communicate amongst themselves relatively easily. _______ is a very interesting language. And you can choose which _______ you want to learn!