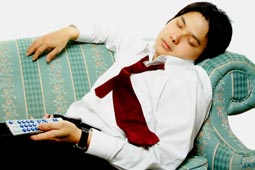 School or studying isn't that far in the past. Therefore, the brain is well trained. As a result it can learn foreign languages at a very high level. People between the ages of 40 and 50 have already learned a lot. Their brain profits from this experience. It can combine new content with old knowledge well. At this age it learns best the things with which it is already familiar. That is, for example, languages that are similar to languages learned earlier in life. With 60 or 70 years of age, people typically have a lot of time. They can practice often. That is especially important with languages. Older people learn foreign writing especially well, for example. One can learn successfully at every age. The brain can still build new nerve cells after puberty. And it enjoys doing so…
Guess the language!
The Spanish language is counted among the most-spoken world languages. Thus it is worth it to take a Spanish course and learn Spanish as a foreign language! It is widely used in regions far away from where it originated. Spanish spread to the New World through the conquering of America. It is the dominant language in Central and South America! Presently about 338 million people speak Spanish as their native language worldwide. Of these, approximately 45 million live in the USA alone.

Spanish is spoken in Mexico as well as in Spain. Furthermore, Spanish is the native language in a large part of Central and South America. Likewise, Brazil's 200 million people understand Spanish very well. The linguistic proximity to Portuguese is quite large. Incidentally, Spanish is counted among the Romance languages. The language originated from the spoken Latin of the Late Antiquity. Portuguese, French, Italian and Romanian also belong to the Romance language family. Many words are similar to each other in these languages and therefore easier to learn. You can find everything worth knowing about the language at the institute of Spanish culture called Instituto Cervantes.