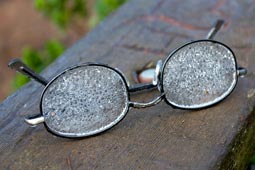 Man is the only living creature on Earth that can speak. This distinguishes him from animals and plants. Of course animals and plants also communicate with each other. However, they do not speak a complex syllable language. But why can man speak? Certain physical features are needed in order to be able to speak. These physical features are only found in humans. However, that does not necessarily mean that man developed them. In evolutionary history, nothing happens without a reason. Somewhere along the line, man began to speak. We do not yet know when exactly that was. But something must have happened that gave man speech. Researchers believe that a genetic mutation was responsible.

Anthropologists have compared the genetic material of various living beings. It is well known that a particular gene influences speech. People in which it is damaged have problems with speech. They can't express themselves well and have a hard time understanding words. This gene was examined in people, apes, and mice. It is very similar in humans and chimpanzees. Only two small differences can be identified. But these differences make their presence known in the brain. Together with other genes, they influence certain brain activities. Thus humans can speak, whereas apes cannot. However, the riddle of the human language is not yet solved. For the gene mutation alone is not enough to enable speech. Researchers implanted the human gene variant in mice. It didn't give them the ability to speak… But their squeaks made quite a racket!
Guess the language!
_______ is the native language of approximately 5 million people. It is counted among the ******o-Ugrian languages. It is closely related to Estonian, and very distantly related to Hungarian. As a Uralic language, it strongly differentiates itself from the Indo-Germanic languages. An example of this is its agglutinating language structure. That means that grammatical functions are expressed through suffixed syllables. This is how long words originate that are so typical for _______.

Another hallmark of _______ is its many vowels. _______ grammar distinguishes between 15 different cases. It is important to clearly separate long and short sounds in the intonation. Written and spoken _______ are noticeably different from each other. This phenomenon is less pronounced in other European languages. All of this makes _______ not especially easy. But all rules are consistently upheld. And the nice thing about _______ is that it is so completely logical!