English UK » Afrikaans   In the taxi 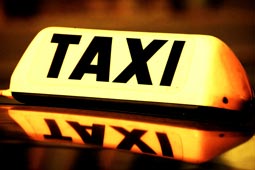