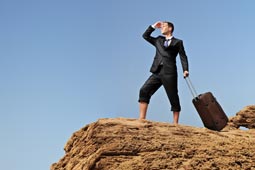 Today, creativity is an important feature. Everyone wants to be creative. Because creative people are considered intelligent. Our language should be creative as well. Previously, people tried to speak as correctly as possible. Today a person should speak as creatively as possible. Advertising and new media are examples of this. They demonstrate how one can play with language. For the last 50 years the significance of creativity has increased greatly. Even research is concerned with the phenomenon. Psychologists, educators and philosophers examine creative processes. Creativity is defined as the ability to create something new. So a creative speaker produces new linguistic forms.

They could be words or grammatical structures. By studying creative language, linguists can identify how language changes. But not everyone understands new linguistic elements. In order to understand creative language, you need knowledge. One must know how language functions. And one must be familiar with the world in which the speakers live. Only then can one understand what they want to say. Teenage slang is an example of this. Kids and young people are always inventing new terms. Adults often do not understand these words. Now, dictionaries have been published that explain teenage slang. But they are usually already outdated after just one generation! However, creative language can be learned. Trainers offer several courses in it. The most important rule is always: activate your inner voice!
Guess the language!
_______ is counted among the Finno-Ugrian languages. It is thereby related to Finnish and Hungarian. However, parallels to Hungarian are only slightly noticeable. Many think that _______ is similar to Latvian or Lithuanian. That is completely false, however. Both of those languages belong to a completely different language family. _______ does not have any grammatical genders.