English UK » Spanish   to have to do something / must 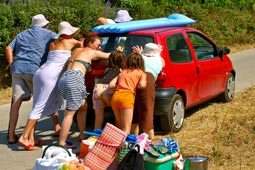