In the hotel – Complaints 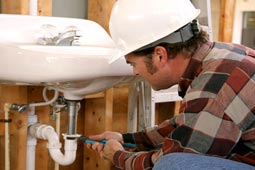 In the hotel – Complaints

Most people are either optimists or pessimists. But that can apply to languages too! Scientists repeatedly analyze the vocabulary of languages. In doing so they often come to astounding results. In English, for example, there are more negative than positive words. There are almost double the number of words for negative emotions. In western societies, the vocabulary influences the speakers. The people there complain quite often. They also criticize many things. Therefore, they use language with an altogether more negative tone. But negative words are interesting for another reason too. They contain more information than positive terms. The reason for this could lie in our evolution.

It was always important for all living things to recognize dangers. They had to react quickly to risks. Besides that, they wanted to warn others of dangers. Therefore it was essential to be able to pass along information very quickly. As much as possible should be said with as few words as possible. Apart from that, negative language doesn't have any real advantages. That is easy for anyone to imagine. People who only speak negatively are surely not very popular. Furthermore, negative language affects our emotions. Positive language, on the other hand, can have positive effects. People that are always positive have more success in their career. So we should use our language more carefully. Because we choose which vocabulary we use. And through our language we create our reality. So: Speak positively!
Guess the language!
_______ is counted among the Indo-Iranian languages. It is spoken in western and central India. _______ is the native language of more than 70 million people. For this reason it is counted among the 20 most-spoken languages in the world. _______ is written with the same script that is used for Hindi. In this alphabet, each symbol represents exactly one sound. There are 12 vowels and 36 consonants.