English UK » Albanian   Going out in the evening 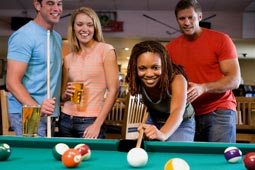