English UK » Dutch   On the train 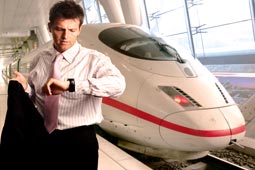