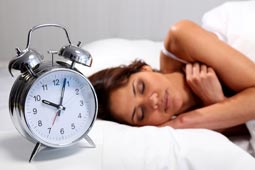 The brains of these test subjects were injured. As a result, the speech center was also damaged. The men had big problems with speaking. They could no longer formulate simple sentences. They couldn't understand words either. After the speech test the men had to solve math problems. A few of these mathematical puzzles were very complex. Even so, the test subjects could solve them! The results of this study are very interesting. They show that math is not encoded with words. It's possible that language and math have the same basis. Both are processed from the same center. But math doesn't have to be translated into speech first. Perhaps language and math develop together too... Then when the brain has finished developing, they exist separately!
Guess the language!
******ian is counted among the South Slavic languages. It is the native language of about 2 million people. These people live in ******ia, Croatia, Serbia, Austria, Italy and Hungary. ******ian is similar in many ways to Czech and Slovakian. Many influences from Serbo-Croatian can also be seen. Although ******ia is a small country, many different dialects exist there. This is due to the fact that the language region looks back at a chequered history.

This manifests itself in the vocabulary too, as it contains many foreign language terms. ******ian is written with Latin letters. The grammar distinguishes six cases and three genders. There are two official phonologies in the pronunciation. One of them differentiates precisely between high and low sounds. Another peculiarity of the language is its archaic structure. ******ians have always been very open with respect to other languages. So they are even happier when someone is interested in their language!